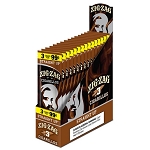 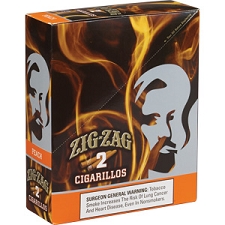 In 1879, French brothers Maurice and Jacques Braunstein founded what would become the most famous peddler of rolling papers, Zig Zag. The name came from the unique packaging process utilized at their original paper mill in Northern France. According to company lore, their iconic mascot, Le Zouave (a French solider), had his traditional clay-pipe destroyed in battle and used a spare piece of paper to roll his tobacco and voila! A cigarette! In all actuality, cigarettes were a common commodity in South America for centuries before European colonization, yet the French have managed to keep a cultural monopoly on them, as even the term "cigarette" is a French word. During the 19th century, France had a veritable monopoly on the European tobacco industry and that placed the Braunstein's and their colleagues at a very advantageous position. Now, decades later, the success of the Zig Zag brand continues and has taken on a new meaning in the age of American counter-culture.

Zig Zag Cigarillos
In an attempt to wrest business away from the dominant cigarillo brands Swisher Sweet, White Owl and Phillies, Zig Zag released their flavored cigars in the late 2000's. Initially, Zig Zag offered the cigarillos in four flavors:

The cigarillos have proved to be very popular and have become renowned for their strong taste and slow-burning qualities. The resealable nature of their two-packs also adds to the convenience and guarantees a fresh cigarillo.

Zig Zag came a little late to the game as cigarillos became a popular alternative to cigars in the 2000's because tax law made cigarettes subject to a much higher federal tax than cigarillos, creating a drastic increase in global cigarillo production and sales. Of course, many now infamously associate cigarillos with hip-hop culture and marijuana consumption, which is probably an association that Zig Zag (North Atlantic Holding Company Inc., actually) doesn't mind given the profits they stand to reap in the case of marijuana legalization.

In short, get your Zig Zag cigarillos here 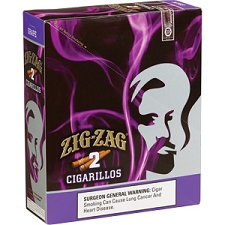 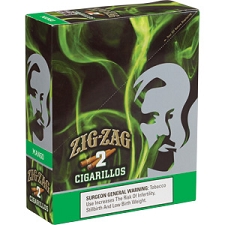 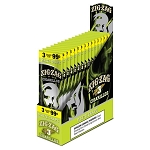 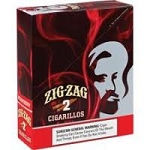 Copyright 2010-2021, THE SALE OF TOBACCO PRODUCTS TO PERSONS UNDER THE AGE OF 21 IS AGAINST FLORIDA LAW. PROOF OF AGE IS REQUIRED FOR PURCHASE. Cheaplittlecigars.com does not sell Cigarettes or Pipe Tobacco. This website and its use is intended for people over the age of 18. This site and its content is intended for people over the legal smoking age. By Purchasing from our site you are agreeing to an Age Verification. Prices Subject to change without notice. We reserve the right to limit quantities. Customers are responsible for their State and or Local States Taxes. We sell Cigars, Filtered Cigars, Premium Discount Cigars & Cigarillos.